I'm CrazzMC and I am Co-Owner of Ventrix with Jovanni. We're two developers that found the RSPS industry over 7 years ago. We recently dove back in and decided to work together and create something awesome. We decided to make a server that not only had the great OSRS & Pre-EoC experience, but also a custom feel to stand out from most of the RSPSs in the industry today. Ventrix is a combination of multiple projects we've worked on in the past 6 months and it's got more and more coming everyday. We've planned out the next 3 months of content release which has new Skills, Questing, Bosses, and Items to give you an awesome gaming experience. We really believe in the long-term game, so we're constantly going to be pushing awesome updates to keep our players entertained and here for the long haul.

We've made a completely custom home with a lot of content to go through as well. We've brought many skills here so that you can stay engaged with the community instead of going to far remote places around the world. If you like the solo skilling anyway its still available!

Updated OSRS Content with full functionality. Here is one of our latest additions, Vorkath.

Custom Loyalty Program. Play for 1 hour a day in a row for 5 days. Get an awesome reward each day. It's super rewarding when you get to Day 5!

All Skills except Construction (in development) 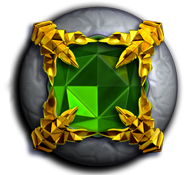 The Membership Program is a way to support the server and obtain awesome in-game benefits. We created this program because we hated what the RSPS industry has become. All around you see servers that are all P2W and player turnover is extremely high. What we wanted is a system where you can support the server and we can provide fair long-term benefits so you can enjoy your playing experience for more than the normal 2-3 weeks per server. We're here for the long haul and we hope you are too.

These are general fixes that we've noticed or players have told us about, as long as they aren't a priority we will usually fix them the night of when we find about the issue. If its a major priority we'll push an update instantly.

I just wanted to thank everyone for taking the time to read this. Don't forget to sign up here on our forums and we hope you enjoy playing the game. We're just starting and we appreciate all your support. Enjoy your adventure.